Appointments of CECs, ECs is a disturbing trend: SC 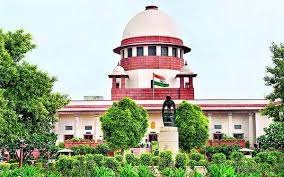 A five-judge Constitution bench headed by Justice K M Joseph said, “This is a disturbing trend as far as our country is concerned. There are no checks and balances in the Constitution. This is how the silence of the Constitution is being exploited. There is no law and legally, they are correct. Nothing could be done in the absence of a law.” The top court is hearing a batch of pleas seeking a collegium-like system for the appointment of the CEC.

The court flagged Article 324 of the Constitution, which talks about the appointment of election commissioners, and said it does not provide the procedure for such appointments. Moreover, it had envisaged the enactment of a law by Parliament in this regard, which has not been done in the last 72 years, leading to exploitation by the Centre, it said.

The court pointed out that since 2004, no chief election commissioner has completed the six-year tenure and during the 10-year rule of the UPA government, there were six CECs and in the eight years of the NDA government, there have been eight CECs.