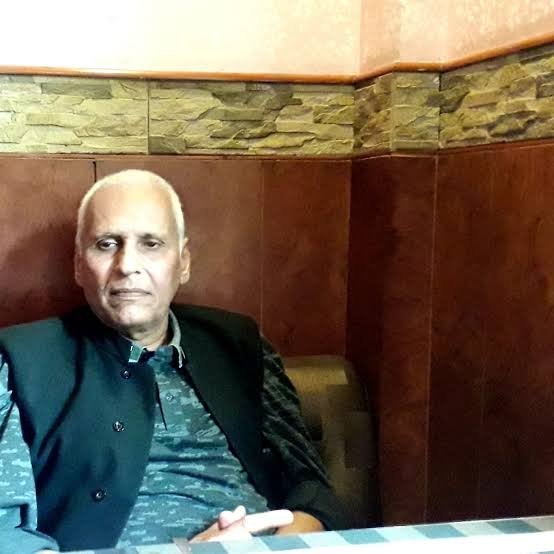 In two vernacular dailies of Jammu sufficient material is there to paint University of Jammu in the worst light. Prof. Chander Shekhar was not given the opportunity reportedly to be heard. He leaves behind his wife, Dr. Neeta and 02 children, who have been orphaned owing to the callous functioning of the so called intellectuals of Jammu University.
Yesterday I contacted one Arti Bakshi, HOD Psychology who was disinterested to answer my pointed questions. And as per Amar Ujala, she was not interested that the deceased should become HOD. She also celebrated her birthday in the interest of administration but in the other room reportedly there was dance macabre.
In the history of Jammu University in one go 22 girls were molested and in my humble opinion only Scotland Yard can investigate this case and not Jammu Police. U/s 174 a case has been registered but as per a prominent legal eagle, section 306 of IPC shall have to be invoked. Media people tried to contact CASH Committee members as also the learned Registrar of Jammu University, par jawaab nahi diya. The wife also bemoaned that being a Dalit he was not being offered chair. In India, even the father of Indian Constitution BR Ambedkar had to face discrimination and in Jammu University discrimination is still intact despite degrees galore. SC ST OBC Organizations have also raised appropriate noises but the stance of JUTA is indefensible. Some condolence meeting at 10.30 AM was organized. Sheer hypocrisy.

Within a week’s time the CASH Committee headed by the green horn Professors investigated the matter and as per some students, on the Committee there should be at least 03 student representatives. This was given a go by. In between there were 02 holidays and at a break neck speed the members of the CASH Committee showed there mettle.
The suspension order was issued reportedly with the approval of VC Umesh Rai totally innocent and Registrar must have guided him legally. The outcome is visible. In my living memory it is a 1st case of suicide.
Jammu University is famous for sexual harassment cases. A deceased learned Prof. of Dept. of English was made to eat a humble pie. One Prof. of Maths also suffered humiliation reportedly. 02 Singhs not to be named also were stuck up. A lady teacher also faced huge embarrassment and despite her thanklessness, Team CVC vigorously pursued her case. There may be some other cases and we are digging deep to retrieve skeletons from the cupboard.
Here I am reminded of former Guv of J&K Mr. NN Vohra whom I had sent an e-mail dated 31.05.2017 @ Shubnandan Singh Jamwal. CASH imposed penalties in terms of the relevant sections and vide No. GS-31(JU)2017/5751 dated 27.11.2017, Vohra Sahib directed that I am officially informed about the disposal of my complaint. Belated thanks to Vohra Sahib, who worked meticulously as he started his innings as a Lecturer in English in Punjab University.
To conclude, Chancellor of the Jammu University without wasting much time should sack the duo to restore the confidence of masses.
Satayameva Jayate!