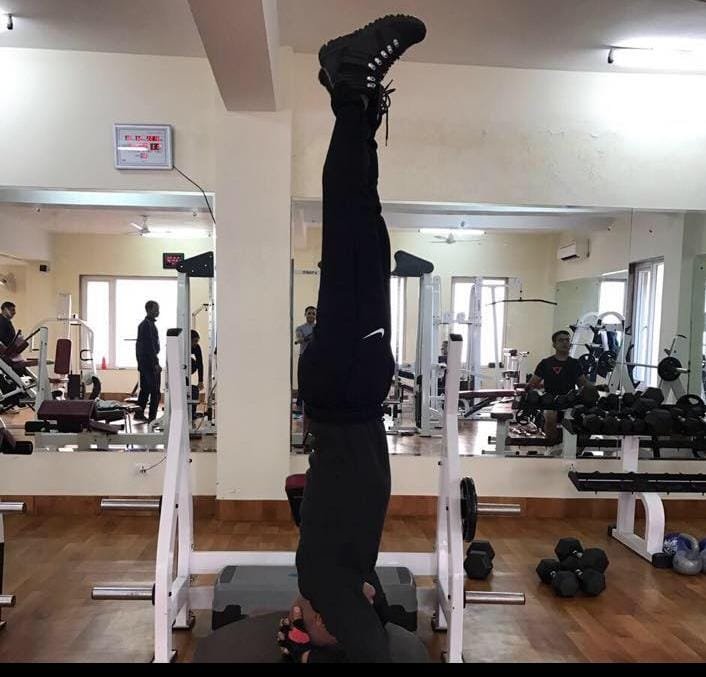 JAMMU : On the occasion of ringing out the year 2022, the suspended IPS cop, Basant Rath has once again been in the limelight for all the wrong reasons by way of lodging a request for an FIR against one senior IPS cadre officer of ADGP rank and contractors.

Raths’s as per his social media post lamented that neither anyone in the police organization nor the contractor responsible for maintenance and an upkeep of his official residential quarter are “paying any heed” to his alleged “dilapidated” quarter which now become the talk of the town.

Strangely, the addressee of the post has not received his social media communication officially. The Police Post Incharge, Ware House, while interacting with JK Global News confirmed.

The suspended Rath is an IGP rank officer and infamous for posting irresponsible updates on his social media account which are unbecoming generally for a member of belt force and especially an IPS officer, avers a senior IAS officer posted in J&K UT.

Earlier also Rath has tried to be in media glare by posting about his ghost resignation on social media which is also a mockery of highest order as the Chief Secretary of J&K UT has denied about having received any such resignation letter.

In the past, the officer has already been in the thick of storm for his abusive assertions against civilians as well as top Boss of Jammu and Kashmir Police.

He was placed under suspension by Ministry of Home Affairs in July 2020 for his gross misconduct and his suspension has not been reviewed up till now, which itself is a big question mark.

The general public has also not taken kindly to Rath’s maneuver by his unacceptable gesture of submitting at the feet of a lesser known singer during a musical concert held in Jammu last month.

Terming the entire trail of acrobatics of Basnat Rath as shocking, renowned social activist Prof S K Bhalla observed “The officer belongs to a prestigious IPS cadre but unfortunately squandering his time, talent as also energy on cheap gimmicks for hogging the limelight for all the wrong reasons.”

The authorities should show him the place he deserves in the larger public as well as National interest without delay, added Prof. Bhalla.