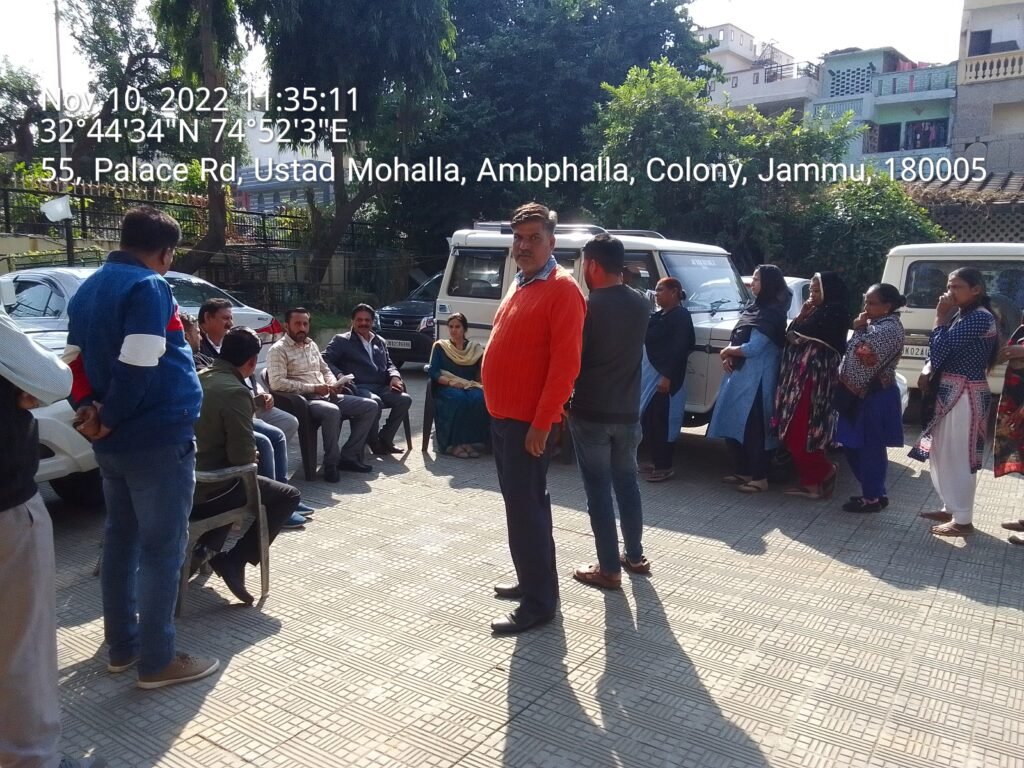 While interacting with sanitation staff, Raina instruct them to work with dedication in their respective deployed areas for ensuring hygiene in the area.

In one to one interaction, Raina while sensitizing the field staff of sanitation wing about importance of maintaining areas neat and clean has urged them to work with dedication so as to implement PM Narendra Modi vision of Swach Bharat Abhiyan in letter and spirit.

“Without your dedication, the PM’s dream prestigious project SBA is not possible and appreciate the efforts of sanitation staff in ensuring cleanliness in their respective areas”, avers Raina.

He also directed the supervisory staff to make sure that field staff remains available in their place of postings and also make rounds of wards on daily basis for first hand assessment of cleanliness in areas and also take feedback from residents of the wards about the working behaviour of sanitation staff.

The councillor also warned that those not performing well and also habitual of abdicating their duties will be shown the exit door.