EDITORIAL : Crackdown on Narco-Terrorism Not A Showbiz 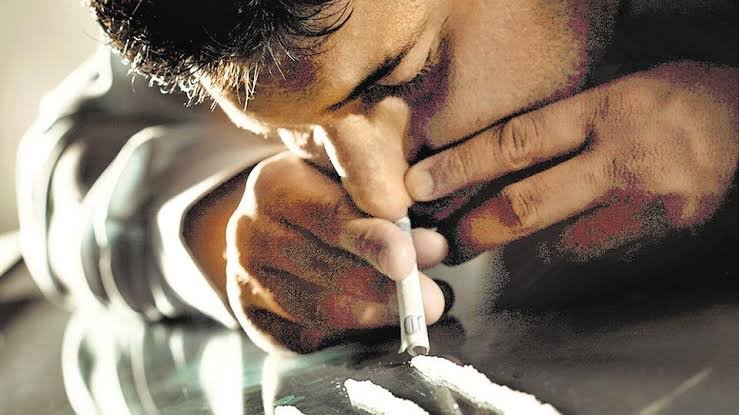 In a first of its kind, the Jammu Police led by SP South and a strong posse of cops have finally cracked down on drug haven apparently -Rajeev Nagar. The much awaited high voltage operation undertaken yesterday in an area which is regarded as one of the notorious centres for storing, supply and distribution network of high value narcotics like cocaine and heroine was welcomed by the fence sitter citizenry of Jammu on social media but as usual failed to attract the attention of so called nationalist media houses of Jammu that claim to be the sole progenitors of Journalism in Jammu region.

The cops searched the houses as well as shops of notorious suspects facing hulla bollo of shady women. As per reliable sources, three suspects were detained and no narcotic consignment of sorts was recovered in the operation. This raises a huge question mark on the serious home work done in an unimaginable hurry to lay hands on the entrenched mafia operating an intricate web of narco terrorism right in the heart of Jammu City with impunity. This also exposes the modus operandi of men in civies belonging to CID and Speciall Branch as well as network of informers aligned with SHOs as to what reliable inputs they have been sharing with their superiors by being entrenched at same place of posting for years to gether. This unholy nexus also needs a serious visitation to check whether the “Chowkidar hei kya  Chor hey” ?

There is no denying the fact that Ragaroo, Majeen, Sidhara, Bahu Fort police jurisdiction, Rajeev Nagar, Bhathindi, Narwal, Gandhi Nagar, Kunjwanj, Trikuta Nagar and several areas falling under Gole Gujaral and Phallian Mannda are epicentres of drug menace in Jammu district. But the way the concerned police personnel miserably failed to lay hand on kingpins of narcotic-terrorism that is eating into the vitals of our system silently as part of our neighbor’s nefarious strategy raises a thorny question mark on the investigative skills of our cops. They need a refresher course for honing their investigating skills for fool proof operation if any in future.

As per reports, yesterday operation was a pressure mounting exercise where during search operation, the police came across several people with dubious nationality residing in Rajeev Nagar. Who are they and who allowed them to settle thereat is a matter of an independent investigation that should not only be time bound but also serious in nature to break the supply chain of narco-terrorism ?

There are reports that in the recent past around 7000 consignments of narcotics were seized  by the police alone in Jammu South Police jurisdiction but surprisingly when their cases were produced before the appropriate courts to everyone suprise a petty drug peddler was  defended by a battery of our esteemed lawyers including highly paid ones.

This is also a bone chilling reality and points towards a well connected chain of narcotics suppliers and their masters who are operating the lucrative business at all cost sitting behind the curtains. The investigative agencies especially Anti Narcotic Task Force must track down the money trail of every suspect involved in this anti national operation so as to confiscate their moveable and immovable properties acquired through ill gotten wealth as a deterrent measure. Those manning the posts as eyes and ears of CID and SB also need to be made accountable for their lapses as they cannot be allowed to be a burden on the national exchequer at the cost of an honest tax payer. There is also a need to revisit of APRs of all the SHOs and SDPOs who have miserably failed on anti narcotic front. The narcotic has intrude into almost every nook and corner of J&K UT especially Jammu and delay in strategizing to control the same shall be suicidal.