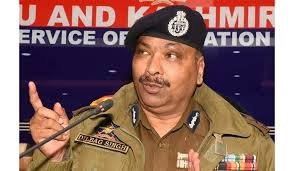 SRINAGAR: Reacting to the killing of Kashmiri Pandit in Shopian on Tuesday, the DGP Dilbagh Singh said two militants involved in the killing of Sunil Kumar Bhat have been identified and assured they will be brought to justice without failure soon.

To send a strong message to militants and their harbourers in valley, Jammu and Kashmir Police said it has initiated the process to attach the property of militant Adil Wani who was allegedly involved in the dastard act of killing an innocent KP civilian.

Sunil Kumar Bhat was killed and his brother was injured in targeted attack in an orchard in Shpian.

“People supported positive moves. The calm situation on August 5 and 15 celebrations were appreciable and the people also supported Amaranth Yatra in every possible way, which didn’t suit the anti-peace elements” he said and added “They try to disturb the peace, but their attempts have been and will be foiled in the future as well.