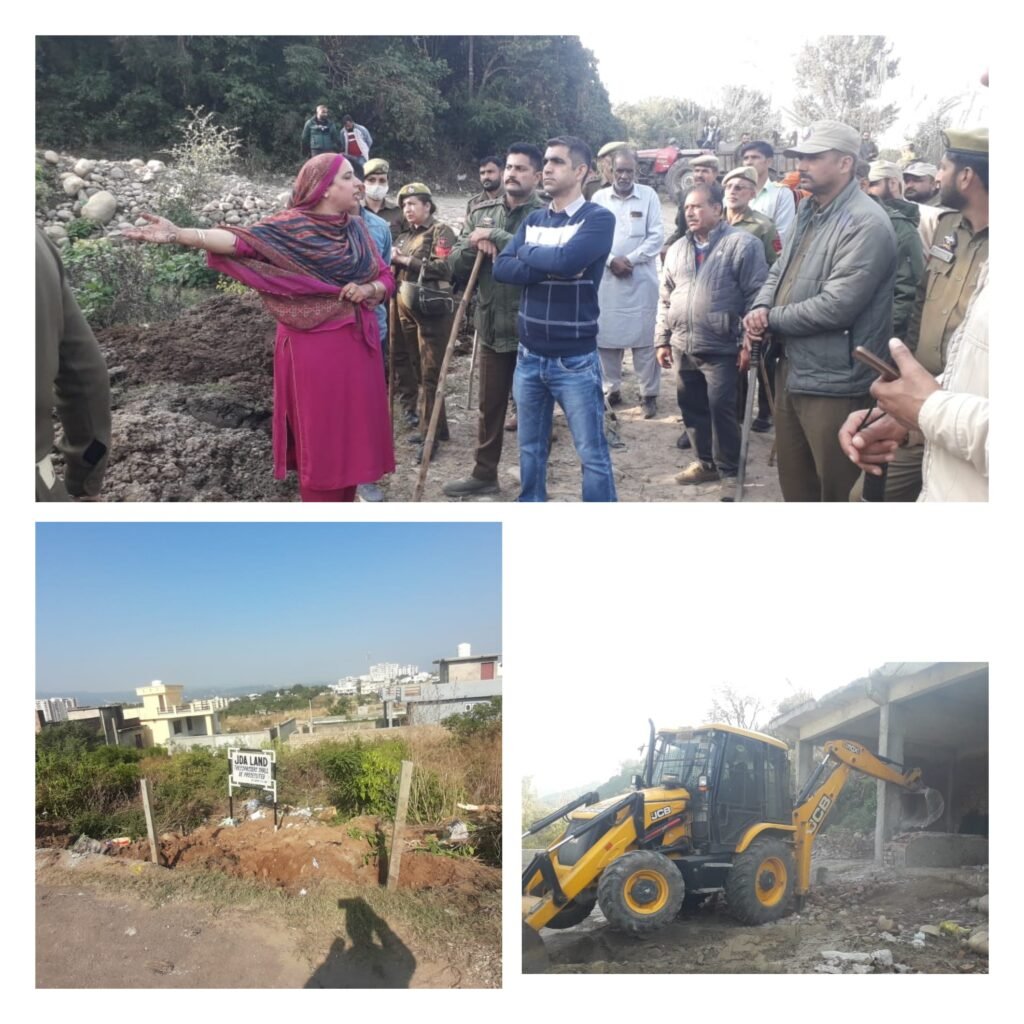 JAMMU : In a major drive against land grabbers, the Jammu Development Authority (JDA) on Tuesday demolished 5 buildings constructed on encroached land and retrieved 12 Kanals land worth crores at village Majeen in Sidhara near residence of JMC councillor of Sidhara.

The anti encroachment drive was launched under the direction of VC JDA Pankaj Magotra and under the supervision of Director Land Management (DLM) Vivek Modi.

Despite stiff resistance by supporters of land grabbers, the team led by JDA Tehsildar, Ranjeet Singh with staff besides police and revenue officials assistance managed to demolished illegal structures which were raised by encroachers on JDA land.

The locals led by JMC councillor tried to hamper the anti encroachment drive but the team of JDA foiled their attempts and managed to retrieved the land from possesion of notorious land grabber Meeru against whom the authority already lodged three FIR for encroaching upon JDA land and it’s unauthorised sale.

The JDA has warned the citizens to refrain from illegal construction on encroached land. They further appeal to people not to fell into trap of land grabbers and checked the title of land before buying land from habitual encroachers in Majeen and adjoining areas.