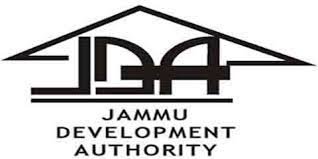 JAMMU: The repeated pious noises by the LG’s administration about ensuring transparency and accountability to stem the deep rooted corruption from the system seemingly have fallen on deaf ears in the Jammu Development Authority (JDA), where the mandate of RTI Act has been brazenly flouted with impunity to shield the habitual wrong doers.

Negating preamble to RTI Act 2005, the designated Public Information Officer (PIO) of JDA has failed to provide the requisite information within the stipulated period to the applicant Prof. S.K Bhalla.

The RTI application in question dated 19/09/2022 was received by the PIO of JDA on dated 22/9/2022. Interestingly instead of furnishing the solicited information, the PIO in an act of its own kind vide letter No JDA/AO/RTI/704-5/131 dated 22/10/22 intimated the applicant to attend his office.

“The PIO was empty handed and dump founded as he miserably failed to provide information thereby defeating the purpose of visit to his office which shows that the PIO had scanty understanding of RTI Act”, said Prof Bhalla.

The First appeal was filled on 9/11/2022 but still the same is hanging in the fire which clearly reflects that the authorities in JDA are trying to supress the information with a design to shield those promoting the culture of corruption by establishing illegal private colonies as well as illegal commercial establishments in JDA’s jurisdiction in contravention of Jammu Master Plan 2030.

Worthwhile to mention here that right under the nose of Khilafarzi officers of JDA nearly 50 fresh private illegal colonies have been carved under JDA’s jurisdiction.

There are many skeletons in the nooks and crannies of JDA’s cupboard and the same paints this vital organ of Housing and Urban Development Department in none too rosy colors.

If insiders are to believed, the main reason for not providing the information sought by renowned anti corruption crusader Prof. Bhalla is the prevailing influence of corrupt elements over higher ups of JDA.

“Entire records pertaining to reporting of illegal constructions, encroachment as well as establishment of newly identified unauthorised private colonies is in disorder and speaks volume about the level of corruption exists in JDA”, alleged reliable sources.

The onus of ensuring transparency in JDA’s rank and file as parroted on a daily basis by LG Manoj Sinha as well as Chief Secretary, Dr. A K Mehta lies with Vice-Chair man. The VC JDA is required to set his house in order to avoid huge embarassment in the public domain.