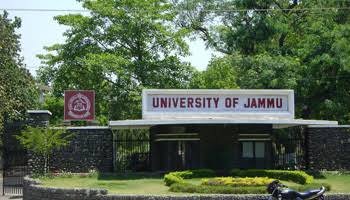 JAMMU: Day after, the Vice Chancellor University of Jammu Umesh Rai has trashed all demands of agitating teachers, the JUTA has hardened its stand in support of justice for deceased Professor of Psychology Dr  Chandra Shekhar.

In support of their genuine demands, JUTA has decided to further announced its ongoing pen down strike for more 5 days, says JUTA president, Prof. Pankaj Srivastav in a press statement.

Ever since mystery shrouds death of Shekhar, who was found hanging inside his chamber in department of Psychology on Wednesday September 7th, the JUTA is on pend down strike demanding CBI probe besides removal of officers prime facie responsible for provoking deceased to allegedly commit suicide.

The JU teaching fraternity is in severe shock on unfortunate incident which is first of its kind in the entire history of University of Jammu, reads statement issued by JUTA.

The JUTA strongly feels our deceased colleague deserved fair investigation which is possible only through a CBI probe and removal of those responsible in pronouncing Ill verdict in haste without providing an opportunity of clarification to deceased, says JUTA communique.

The statement issued by JUTA further reads “JUTA firmly stands for ‘Zero Tolerance against Sexual Harassment’ but the Rules and Regulations of JUICCASH should be followed strictly. The JUTA feels that in this case, the accused was neither heard nor given a copy of the complaint/notice. The principle of natural justice was grossly violated. JUTA questions the ‘haste’ in which the suspension was ordered within six days of the receipt of the complaint, whereas, the regulations provide seventeen days to respondent for giving his/her response to the complaint”.

The JUTA further stated that it strongly believes that the administration has failed to fix responsibility of procedural lapses, therefore, demands the CBI inquiry as the local police may come under pressure from various stakeholders in the University besides immediate removal of all officials at the helm of affairs for free and fair probe.