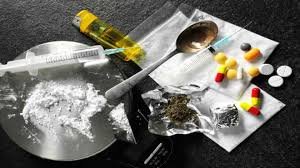 Wide range consumption and distribution channel of drugs and psychotropic substance is still intact and strengthening its ugly web across the length and breadth of infant Jammu and  Kashmir Union Territory for all the wrong reasons.

Recently, the Director General of Police, Mr. Dilbagh Singh in his press meet on the last day of 2022 talked of goody goody situation about breaking the backbone of militancy in J&K UT as also about the achievements of Jammu and Kashmir Police in controlling the menace of drugs.

This conference was preceded by the high voltage assertions of Mayor Jammu Mr. Rajinder Sharma, who is the sole inventor of Imandaar Jammu, Shaandar Jammu’ slogan for public consumption, wherein he stunned Jammuites by pointing to a nexus between sale of drugs and repeated postings of select cops as SHOs from one place to another at prime locations.

There is no denying the fact that  those serving currently as Inspectors were selected by the the JKP recruitment board on the strength of their capabilities and are nearly 1500 in numbers but strangely the way only a handpick of around 150 inspectors are rotating from one police station to other as SHOs raises huge question mark on the powers that be especially the way sale and consumption of drugs has intruded everywhere in our UT.

In a presser, Mr Singh boasted that 1,693 cases were registered under the Narcotic Drugs and Psychotropic Substances (NDPS) Act, 173 peddlers were taken into preventive custody under the Public Safety Act (PSA) and 91 others were detained under prevention of Illicit Traffic in Narcotics Drugs and Psychotropic Substances (PITNDPS) Act during the year 2022.

A total of 1,693 cases under NDPS were registered this year which is more than 130 compared to the last year, the Director General of Police said.

The data shared by DGP appears unimpressive especially in the background of tactical shift by our hostile neighbour for replacing its strategy from pushing trained terrorists with weapons to easily controlled narco terrorism.

There is no denying the fact that as part of its well planned strategy our hostile neighbour is hell bent to spoil our generation by promoting narco terrorism wherein the consumer is itself a promoter in many a case and thus require to be dealt with professional cops instead of yes men SHOs.

Recently, the outbursts by several councillors of Jammu Municipal Corporation about the deep intrusion of drugs mafia is an eye opener for police department that much needs to be done to contain this narco terrorism unleashed by Pakistan and its sympathisers for weakening India.

The presence and distribution of well knit drug cartel in Raghoora, Majeen, Bahu Fort jurisdiction, Samba Mandi, Kathus, Arnia, Bishnah and several border belts of Jammu as well as Kashmir region needs a surgical strike as till date the police has miserably failed to nab the kingpins who are mocking at the security agencies by sale of heroine and cocaine like drugs through intricate web of 5 gm to 10 gm sale modules. This is a well planned distribution network of narco terrorism and requires to be dismantled with an iron fist. This exercise is not at all a cup of tea for Ray-Ban gogle adorned SHOs who are more engrossed in land dealings rather than in combating growing threat of narco terrorism.

The SHOs of sensitive jurisdictions which are known as oozing point of drugs distribution and consumption must realise with all sincerity that one bullet sent from across the border consumes only a life whereas one Kg cocaine destroys a cluster of human habitats, apparently a well designed plot of Pak sponsored game plan.

The havoc unleashed by drug mafia in our UT is horrible and if nothing concrete is pragmatically available the same will assume a horrendous dimension much more gruesome than what J&K has suffered in more then 3 decades of Pak sponsored terrorism. The LG administration should take seriously the clarion call of PM Shri Narendra Modi as well as Amit Bhai before the situation herein takes a turn for the worst. A transparent mechanism in posting of Inspectors as SHOs demands an honest review.

Even the much touted Anti Narcotic Task Force constituted in July 2020 is no where upto the mark as a special unit in police is required to be extraordinarily smart in delivering on narco terrorism.