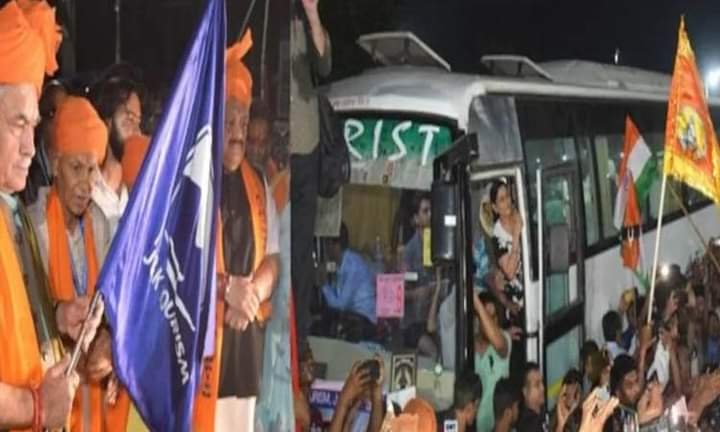 JAMMU: Lieutenant Governor Manoj Sinha on Wednesday morning flagged off the first batch of pilgrims for the annual Amarnath Yatra from the Bhagwati Nagar base camp in Jammu city to the Pahalgam and Baltal base camps in Kashmir.

The 43-day pilgrimage to the cave shrine will begin from twin base camps in Kashmir on Thursday and will conclude on August 11 on the occasion of Raksha Bandhan.

Multi-tier security arrangements have been put in place in and around the base camps, lodging, registration and token centres with the deployment of over 5,000 security personnel in the Jammu city, officials said.

The yatra will commence on June 30 from the traditional 48-km Nunwan route in south Kashmir’s Pahalgam and the 14-km Baltal route in central Kashmir’s Ganderbal.

This year, the government has introduced a Radio Frequency Identification to track the movement and well-being of the pilgrims, they said.