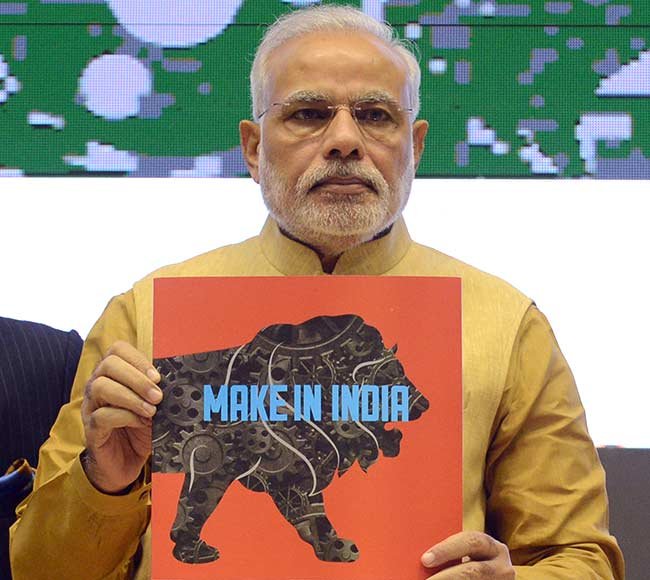 The government is focusing on key sectors like semiconductors to achieve Prime Minister Narendra Modi’s vision of an ‘Aatmanirbhar Bharat’. Recognising the importance of semiconductors in the world economy, the government has launched a ten billion US dollar incentive scheme to build a semiconductor, display, and design ecosystem in India.

Complimented by sincere efforts of domestic toy manufacturers, the growth of the Indian Toy industry has been remarkable in less than two years despite Covid-19 pandemic.  The import of toys in  2021-22 have reduced by 70 percent to 110 million US dollar.   India’s export of toys registered tremendous growth of 636 percent during the months of April to August this year over the same period of  2013. More from our correspondent

Make India Programme is transforming the country into a leading global manufacturing and investment destination. The initiative is an open invitation to potential investors and partners across the globe to participate in the growth story of ‘New India’.To attract foreign investments, the Government has put in place a liberal and transparent policy wherein most sectors are open to Foreign Direct Investment under the automatic route.

FDI inflows in India which stood at 45.15 billion US dollar in 2014-2015 reached record FDI inflows for eight years. The year 2021-22 recorded the highest ever FDI of  83.6 billion US dollar. The Production Linked Incentive scheme launched across 14 key manufacturing sectors is also giving a boost to Make in India initiative. With this initiative at the forefront, the businesses in India are aiming that the products that are ‘Made in India’ are also ‘Made for the World,’ adhering to global standards of quality.