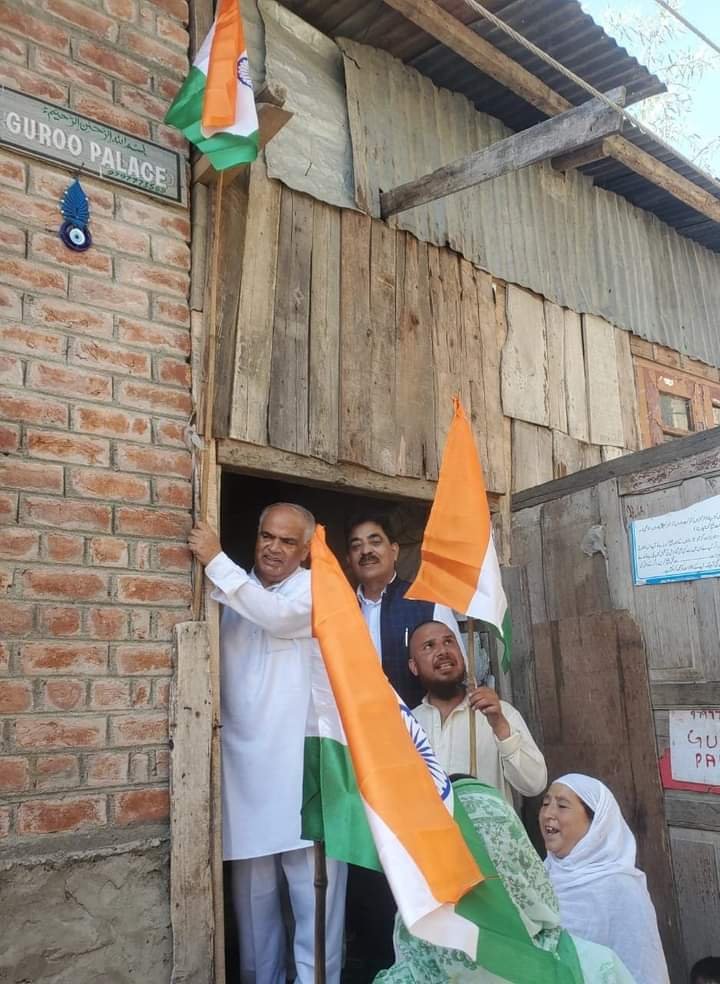 Marking India’s 75th year of Independence. Many hoisted Tricolor at their homes and as part of the campaign Ashok Koul distributed tricolours and has urged people to hoist the tricolor in their homes from August 13 to 15 to participate in the celebrations of 75 years of India’s Independence.

Addressing the party workers and large number of participants Ashok Koul said that Har Ghar Tiranga’ is being run ahead of August 15th when the nation will celebrate its 75th Independence Day. It follows an emotional appeal by Prime Minister Narendra Modi on July 22 last month. The idea behind the campaign is to connect with the masses and infuse a sense of nationalism and patriotism.

Speaking on the occasion , Incharge Media & IT department J&K Manzoor Bhat said People who use social media platforms can also participate by changing their profile pictures to that of the National flag. The aim of the program is to make the relationship with the national flag a more personal one rather than just keeping it formal or institutional he added.

District Present Srinagar Ashok Bhat said that the program envisages inspiring Indians everywhere to hoist the national flag at their homes. The government also clarified that there is no restriction on the timing of flag display, a citizen, a private organization or an educational institute can hoist the National flag on all days or occasions. He added.