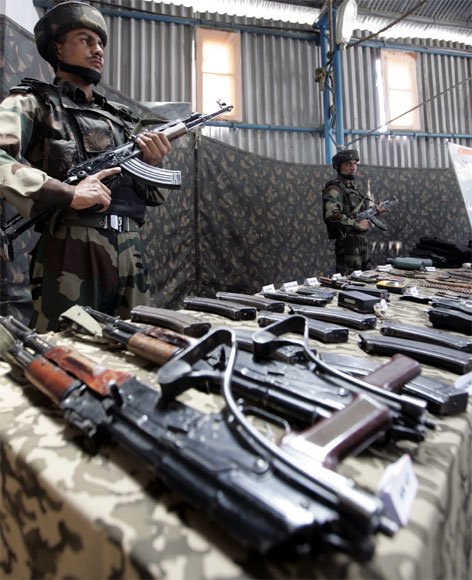 JAMMU: Acting on a specific input, the security forces on Sunday busted a terrorist hideout and recovered cache of arms and ammunition in Ramban district. The hide out busted by joint team of police, Special Operation Group and Army in the Dalwah area near Gool.

Recoveries made during the search includes one, UBGL, one UBGL Pendulum Sight, one Revolver, one Chinese pistol with magazine, one Ak-47 Bayonet, two magazines of 303 filled with five rounds each, 26 round of .303, four AK 47 magazine, 198 rounds of AK 47, 69 round of 9mm and one Kenwood R S without antenna.