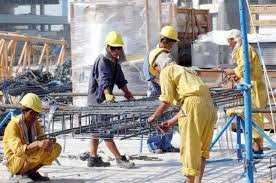 NEW DELHI:  As part of its welfare measures, the Central government’s new labour laws are going to be implemented from July 1, 2022.

The new labour laws will have implications on wages, social security (pension, gratuity), labour welfare, health, safety and working conditions (including that of women).

The new labour laws suggest that the basic salary of an employee will have to be at least 50% of the gross salary. As an effect, the employees will be making more contributions to their EPF accounts and gratuity deductions will also increase which will decrease take-home salaries of most employees.