OPINION: LG shows the mirror to all on KPs killings 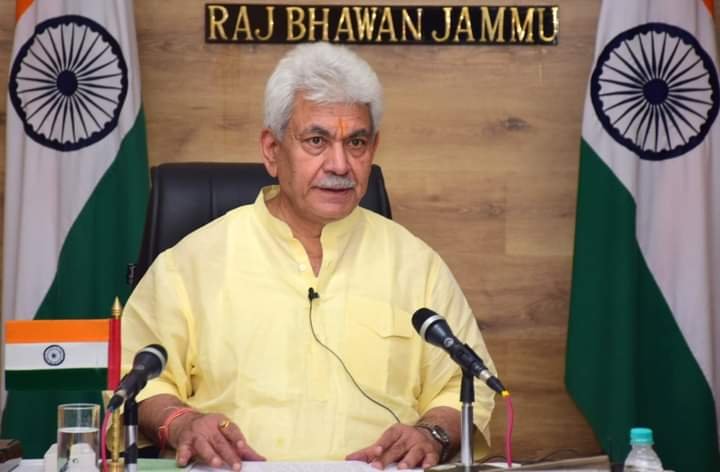 It is a matter of immense satisfaction that the Jammu and Kashmir Union Territory’s Lieutenant Governor, Mr. Manoj Sinha has spoken his heart in the context of Kashmiri Pandit killings vis a vis the members of majority community in militancy affected Kashmir region.

The details are in the public domain which need an analytical dissection pertaining to conflicting claims made by several media houses as well as mouth pieces of KP bodies. Of late the KP as well as reserved category employees posted in Kashmir division are on strike demanding their relocation in Jammu division till complete normalcy prevails in the valley which is an enigma of sorts. Interestingly, the leaders of various shades have also jumped into the fray with a sole agenda to stoke the fires and further aggravate the prevailing imbroglio.

Stating that not only KPs but also a lot of other people were killed during the ongoing militancy in the valley, the LG Mr Sinha has taken the wind out of the sails of those who have been instrumental in peddling exaggerated version of the killings of KPs in Kashmir for their vested agendas.

As per media reports, the data shared by Jammu and Kashmir Police to one RTI applicant of Haryana namely Mr. P P Kapoor, out of total 1724 the number of KPs killed in last three decades comes to 89 whereas 1600 Kashmiri Muslims were also killed and rest were of other minority communities including Sikhs and Dogras.

There is no dearth of conflicting data regarding the death toll in public domain but the official version is still intact as detailed above with addition of a few in the past one year. Ironically, even those claiming to be victim of alleged genocide have so far not come forth with exact figures for reasons incomprehensible.

The LGs significant assertion has kindled a ray of hope among the majority community of valley who despite being the major sufferers of Pakistan sponsored militancy have been painted in a bad light by underplaying the casualties of their near and dear ones. The statement of Mr. Sinha will act as a catalyst to soften the mindset of people in valley who were sulking in ignorance after the abrogation of article 370.

It is the bounden duty of all politicians to desist from their vote bank politics and strive for speaking the facts for the overall growth and prosperity of all sections of society and keep their hands off from making irresponsible statements and lofty promises which even they may not be able to fulfill in case they get an opportunity to be on the hot seat.

Much damage has already been done by disseminating and supporting crooked data on KPs killings and it is the right time that the elders in the KP community must educate their younger lot to refrain from projecting a jaundiced version of blood bath played in the valley of tears wherein only one community has been projected as victim while the other whose loss of share is gigantic has been ignored over the decades.

Let the myopic vision of those playing spoilsport be frustrated and the much touted slogan of PM Shri Narendra Modi viz ‘Sabka Sath, Sabka Vikaas’ be implemented in letter and spirit in J&K and especially in valley where the pace of peace and development have already started showing signs of positivity.