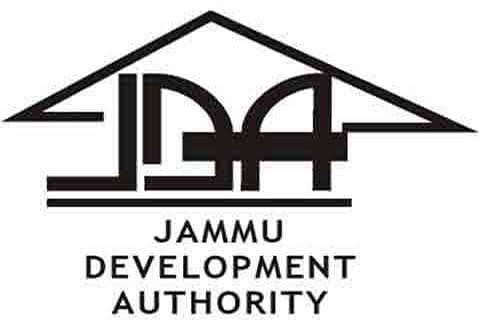 The stance of JDA apparently appears to be an eye wash and merely a gimmick to score some brownie points with the powers that be.

JAMMU: Four months after publishing a notice and list of newly developed illegal colonies which have mushroomed in and around Jammu since 2019, the Jammu Development Authority (JDA) has dashed missives to Deputy Commissioner Jammu as well as Samba for a blanket ban on registration of properties in colonies flagged as illegal.

Not only this, the authorities in JDA has also bragged of undertaken several steps which they believe would “end” long prevailing practice adopted by colonizers and land mafia to establish colonies as per their whims and fancies mocking law of the land.

“Through written communication, we have requested the Deputy Commissioner, Jammu as well as Samba for their intervention in sensitizing the Revenue functionaries for exercising diligence in issuance of Fard- Intkhab for sale of land in listed illegal colonies” said Vice-Chairman , JDA-Pankaj Magotra.

We have also urged them to instruct Revenue officials to verify whether the land use of land being sold is compatible with purpose for which the land is being sold by owners to buyers, he informed.

Further sharing action plan to thwart ill designs of land mafia/developers of unauthorized colonies, he said “The JDA has organized training sessions for Sub-Registrars to provide them insight into Jammu Master Plan (JMP)-2032, blanket ban on issuance of building permission in newly identified illegal colonies, issuance of notices to identified owners of illegal colonies and ensuring accountability in JDA’s field staff for failure to report any upcoming such illegal colonies well in time”.

However, highly placed sources in J&K UT administration revealed that considering the influence land mafia and colonizers enjoy in the system its seems the JDA’s communication to  two DC’s appears to be a paper tiger.

“The stony silence of incumbent VC (JDA), ACB, high-ups of Housing and Urban Development Department and Revenue authorities against corrupt officer/officials who remain mute spectators over alarming growth of new illegal colonies evidently shows prevailing influence of mighty colonizers in the corridors of power” avers a senior bureaucrat, who wished not to be identified.

Unauthorised colonies are not popped in a jiffy. Its a well organised ‘Big Khella’ of corruption which is prospering due to colonizers-officers nexus, said an officer of Revenue Department preferring anonymity.

The epicenter of these illegal colonies remains at Bishnah, Vijaypur, KotBhalwal, Chowadhi, Mishriwala, R.S.Pura and Phallian Mandal areas where some officers of JDA and Revenue department since 2019 shut their eyes and allow colonizers to establish colonies in haphazard manner.

Role of some Tehsildars of JDA  and BOCA teams who were looking after these areas since 2019 is also questionable, reveal one officer of JDA, preferring anonymity. What JDA’s Tehsildars of respective zones were doing  when these colonies were being established in violation of laws ? , questioned one Khiafwarzi Inspector of JDA.

The ACB, should registered case and investigate role of ex VCs, Tehsildars and BOCA team members to fix responsibility for development of new unauthorised colonies in Jammu and Samba districts, avered another Khiafwarzi Inspector, who once looking after Chowadhi area.

Interestingly, the JDA in its reply to RTI vide letter No JDA/CLA/RTI/816/132 dated 03/12/2021 while expressing ignorance about these illegal colonies said “Teams have been “constituted to identify” unauthorized colonies whose report is pending. This clearly shows what JDA’s officers and Khilafwarzi Inspectors especially Sanjeev Phull, Naresh Kumar and Yashpal were doing in their zones, said an official of JDA, preferring anonymity.

Expressing grave concern over the massive mess prevailing in JDA @ illegal colonies, renowned anti corruption crusader Prof. S.K.Bhalla asserted that strange is the working style of HUDD. On one hand, the authorities in HUDD recently terminated six officers in Kashmir division who were serving in SDA, SMC and Municipal Commuters but on the other hand unmoved over establishment of nearly 52 private colonies in JDA’s jurisdiction allegedly with the help of insiders.

He further vehemently asserted that the JDA and Principal Secretary HUDD, Dheeraj Gupta, who also happens to be Chairman, JDA especially should come clean on identified illegal colonies and terminate forthwith those officers who encouraged large scale unplanned growth in Jammu and Samba district besides causing huge loss to state exchequer.

As far as credibility of Revenue officials is concerned everyone is aware about their shady practices so its upto DC Jammu, Avny Lavasa as well as DC, Samba Anuradha Gupta to undertake surgical strike upon the corrupt field functionaries of Revenue Deptt to desist them from issuance of Fard-Intekhabs to buyers of plots in unauthorized colonies, added Prof.Bhalla.

Astonishingly, as per records none of the developers of illegal colonies have got their layout plans approved from authorities then how come they manage facilities like water, electricity and road is another scam which needs attention of LG administration.

If the LG administration is serious for planned growth of areas in and around Jammu as per JMP-2032 without putting any undue pressure on existing resources, they should first pull the PHE, PDD and PWD departments and direct them not to extend facilities to any new colonies without verifying the authenticity of approved layout plans from JDA, avered Prof. Bhalla who may even approach High Court in the foreseeable future.

In the same breath, Prof. Bhalla said that ACB should also show same enthusiasm which was visible in case of JMC, SMC, SDA and initiate suo motu action against the officers of Revenue and JDA for allowing establishment of more than 50 colonies between 2019 to 2022.