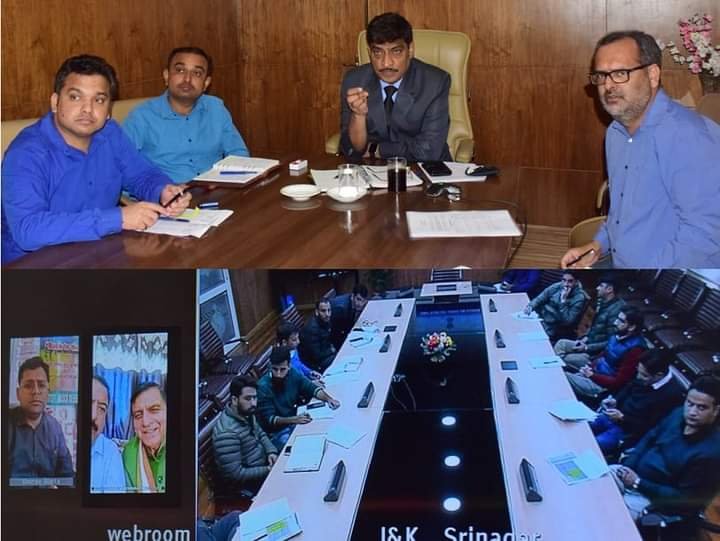 JAMMU : Chief Secretary, Dr Arun Kumar Mehta continued with his virtual inspection several panchayats and reviewed activities under the programme and its public reception today during the ongoing B2V4.

Chief Secretary interacted with visiting officers of panchayats Mahanpur, Majalta, Panassa, Plahi through video conference and spoke with the local PRI members to take first hand review of the programme.

During his virtual visits, the CS encouraged all panchayats to accelerate Swachh Gram works and to work toward making ‘Clean, Green and Swachh Villages’.

Dr Mehta encouraged all participants to hold open discussions on corruption during Gram Sabhas. ‘Government has taken numerous measures to introduce transparency and eliminate corruption in the system. Public participation and scrutiny will ensure corruption free delivery of governance, the CS remarked.

He encouraged PRI members to activate Pani Samitis and informed them that upon successful completion of the Jal Jeevan Mission, the Pani Samitis would be responsible for maintenance and quality control of local water supply.

The CS laid stress on providing self employment opportunities to at least 15 youth per panchayat and for imparting skill training to 20 or more of them under HIMAYAT. Functioning of Youth Clubs was also assessed by the CS and he stressed that the same must be activated in all panchayats. He asked VOs to obtain a feedback from the public on functioning of departments.

Chief Secretary also took a feedback on distribution of Land Passbooks, functioning of Patwarkhanas and VLWs .

The CS directed that all pending inheritance mutations be completed within a month besides saturation of Golden Cards in all panchayats. Dr Mehta also called for promotion of 77 online citizens-to-government services of the UT administration.

The PRI members also apprised the CS that previous iterations of the program have largely been successful in reinforcing public perception towards the administration.

VOs were asked to encourage people to use Jan Bhagidari portal (janbhagidari.jk.gov.in) for monitoring progress of government works. Dr Mehta announce that Visiting officers will be Mentor Officer of panchayats for one year to ensure overall development of panchayats.