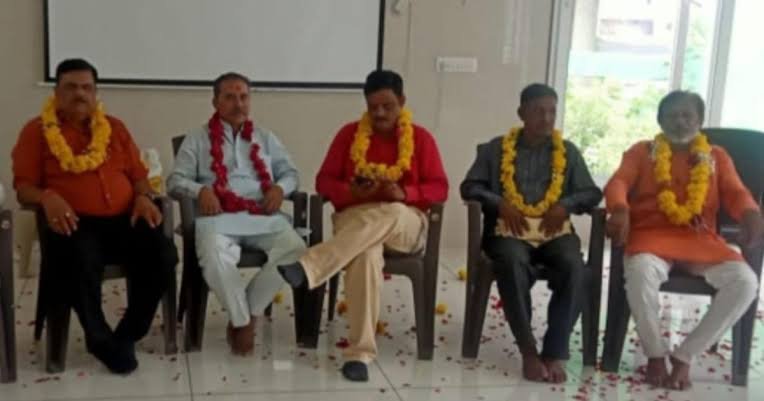 There has been a face off over the remission of Bilkis Bano’s rapists. The Gujarat Govt. has filed 458-page bulky reply which is devoid of facts. “Haven’t come across a counter affidavit where a series of judgements are quoted. Where is the factual statement? Where is the application of mind?” says the SC of India.

For another it is a reprehensible move that an elected government released convicts in a cavalier style. For the Union Minister, there is nothing wrong and process of law “followed”.

Interestingly in the affidavit Mitesh Chimanlal Bhat who was booked for outraging the modesty of a woman on parole has been released for good conduct. The Home Ministry approved the early release of 11 convicts as per the affidavit of the Gujarat Govt. The heroes were greeted with garlands and sweets offered. Beti Padhao beti Bachao.

In the nearby neighbouring state of Haryana, “the self-styled rapist religious leader Baba Ram Rahim Singh who was sentenced to 20 years in prison for rape and murder, hosted a virtual ‘satsang’ event on Wednesday, counting many politicians, including the mayor of Haryana’s Karnal and several leaders of the ruling BJP, among guests. The Dera Sacha Sauda Chief, who was convicted in 2017, was granted another 40-day parole last week following an application filed by his family. He hosted the satsang from Uttar Pradesh’s Baghpat”. A setback to Hindu Rashtra, OMG!

The story doesn’t end here. This week only I am eye witness to a small religious procession at W. No 24 Rehari Colony Jammu in the wee hours of morning when in a palanquin a photograph of Assa Ram had been taken in procession. Some were dancing also and singing some hymns. A small booklet was also handed over to me. I told an elderly man who had come from the morning walk that shortly in our highly civilized colony some may even raise a structure in honor of a Don, whom everybody knows and a few will start offering prayers too. Possibly some may have taken a cue from Telangana Tourism.

“In the erstwhile state of J&K, the sex racket hit the headlines in 2006, after police found an MMS and two VCDs showing sexual exploitation of a minor girl. The cops later arrested a local woman, Sabina, who then confessed to sending girls, including minors, to politicians, senior bureaucrats and policemen. Nine different cases were registered and politicians, senior bureaucrats, police officers and businessmen were named in the chargesheet”.

Later on one senior bureaucrat reinstated and the entire period was treated on duty and made Head of the bureaucracy. In our J&K there is also a retd Hema Malini, who also worked wonders in the oldest profession of the mankind.

So, we too in our J&K have a wonderful track record. There are other stories too of 2022 that paint our hypocrite society in a bad light. Here is a therapeutic lesson for some of us who want that rapists, sextortionists, immoral and black spots must be jettisoned.

(The author of the article Prof. SK.Bhalla, is a retired Principal of HED, J&K UT and is an acclaimed anti corruption crusader, critics and social activist)