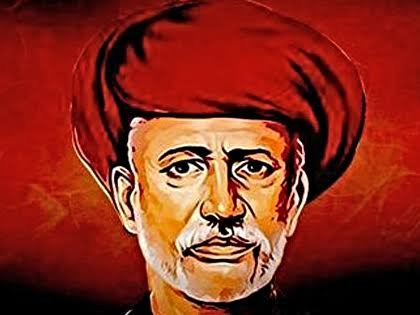 Born on 11 April 1827 in present-day Maharashtra and belonged to the Mali caste, he contributed remarkably in eradication of many social evils including untouchability and the caste system especially in educating women and oppressed caste people. He and his wife, Savitribai Phule, were pioneers of women’s education in India.

Phule started his first school for girls in 1848 in Pune at Tatyasaheb Bhide’s residence or Bhidewada. He, along with his followers, formed the Satyashodhak Samaj (Society of Truth Seekers) to attain equal rights for people from lower castes. People from all religions and castes could become a part of this association which worked for the upliftment of the oppressed classes. He is regarded as an important figure in the social reform movement in Maharashtra. He was bestowed with honorific Mahātmā title by Maharashtrian social activist Vithalrao Krishnaji Vandekar in 1888.

Jyotiba Phule educated his wife and advised her to teach girls. It was due to his encouragement, Savitri Bai became the first female teacher in the country. In August 1848, he established the first school for girls in India, followed by schools for children from the Mahar and Mang Dalit classes. In 1841, Phule was enrolled at the Scottish Missionary High School (Pune), where he completed education and influenced by Thomas Paine’s book titled The Rights of Man and believed that the only solution to combat the social evils was the enlightenment of women and members of the lower castes.

In an endeavour to pursue his Ideology based on Liberty, Egalitarianism and Socialism, Phule along with his followers formed Satyashodhak Samaj in 1873 which meant ‘Seekers of Truth’ in order to attain equal social and economic benefits for the lower castes in Maharashtra. Staunch supporter of women empowerment, Jyotiba realised the pathetic conditions of widows and established an ashram for young widows and eventually became an advocate of the idea of Widow Remarriage. Realising the damage done to society by orthodox upper caste, Jyotirao attacked the orthodox Brahmins and other upper castes and termed them as hypocrites. Further enlightened people to shun orthodox practises in society in 1868, Jyotirao constructed a common bathing tank outside his house to exhibit his embracing attitude towards all human beings and wished to dine with everyone, regardless of their caste. He also started awareness campaigns that ultimately inspired the likes of Dr. B.R. Ambedkar and Mahatma Gandhi, stalwarts who undertook major initiatives against caste discrimination and indifferent approach of upper castes against downtrodden and oppressed class in India. It is believed that it was Phule who first used the term ‘Dalit’ for the depiction of oppressed masses often placed outside the ‘varna system’.

Fighting tirelessly throughout his entire life for abolishment of untouchability and caste system in Maharashtra, Phule died on November 28, 1890 at Phule Wada in Pune.

The nation is indebted to the significant contribution of Phule in women empowerment through education as well as arming gullible oppressed class with knowledge and education to fight for their rights and thus deserved a glowing tribute on his death anniversary.