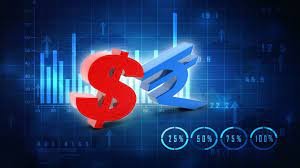 NEW DELHI: The Indian rupee depreciated 18 paise to close at a record low of 79.03 (provisional) against the US dollar on Wednesday, weighed down by persistent foreign capital outflows, a strong dollar overseas and surge in crude oil prices.

At the interbank foreign exchange market, the rupee opened lower at 78.86 against the greenback and finally settled at 79.03, down 18 paise over its previous close.

During the session, the rupee touched an all-time low of 79.05 against the American currency. On Tuesday, the rupee plunged by 48 paise to close at the record low of 78.85 against the US dollar.