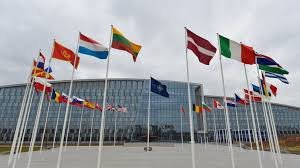 BRUSSELS: NATO declared Russia the “most significant and direct threat” to its members’ peace and security, as the military alliance met Wednesday to confront what NATO’s chief called the biggest security crisis since World War II. It also promised to “step up political and practical support” to Ukraine as it fights off Russia’s invasion. But Ukrainian President Volodymyr Zelenskyy chided NATO for not embracing his embattled country more fully and asked for more weapons to defeat Moscow’s forces.

Russia’s invasion of its neighbour shattered Europe’s peace, drove NATO to pour troops and weapons into eastern Europe on a scale not seen since the Cold War, and was set to give the defense organization two new members in Sweden and Finland. “President (Vladimir) Putin’s war against Ukraine has shattered peace in Europe and has created the greatest security crisis in Europe since the Second World War,” said Secretary-General Jens Stoltenberg.

The alliance promised more support for Ukraine, which has already received billions in military and civilian aid from NATO countries. But Zelenskyy lamented that NATO’s open-door policy to new members did not appear to apply to his country. “The open-door policy of NATO shouldn’t resemble the old turnstiles on Kyiv’s subway, which stay open but close when you approach them until you pay,” Zelenskyy said by video link to the leaders of the 30 NATO nations meeting in Madrid. “Hasn’t Ukraine paid enough?”