Welcome to City of potholes-Jammu 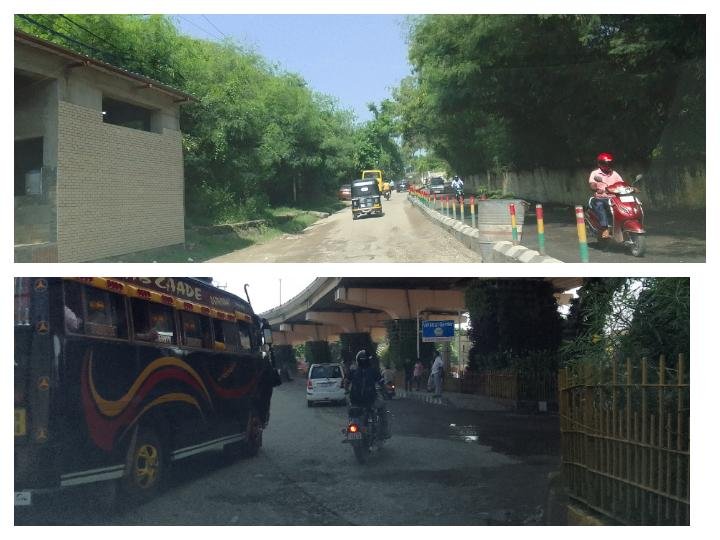 JAMMU: Road safety seems the least priority for the administration and this is explicably visible from the deplorable condition of roads which have become death traps for pedestrians especially motorists in Jammu city.

Even the data released by Ministry of Road Transport and Highway (MoRTH) on deaths due to potholes in the country which is all set take off at speed of chitaah to become vishavguru seemingly have no serious caretakers in Jammu region where deplorable conditions of roads has become a perennial feature and raises question mark on concerned engineering department as well as the quality of material used by the contractors engaged for digging and stitching of roads in highly unplanned manner.

The condition of some roads in the city is so bad that motorists are finding it difficult even to move at a slow pace. Jewel Road, Canal Road, Indira Chowk, BC Road, Talab Tillo, Ramnagar road viz Amphalla, Nagrota Road, Sidhara road,Narwal Road, Nehru Market road, Gandhi Nagar, Shastri Nagar Kunjwani, Bhathindi, Kunjwani, Satwari, Janipur, Panama Chowk  are among the roads which are in shambles with potholes everywhere after every 400 meter stretch.Everywhere potholes have become death traps for citizens. This phenomenon is prevailing on every road in Jammu city, asserted Dr. Rajinder Sharma.

There is hardly any road in city which is not in bad condition and become nightmare for pedestrians and motorists, said Naveen Gupta in anguish, a shopkeeper of Jewel area. Despite tall claims of 24×7 developments the condition of roads is pathetic, he added.

Blaming the administration for callous towards the bad condition of roads in Jammu city, Rajesh Gupta said “Recently two persons died in separate road accident at Narwal and Nehru Market while negotiating pothole on roads”. They died due to negligence of administration as ensuring safe infrastructure is the duty of state.

While raining is said to be the main reason for the erosion, many point out that the poor quality of roads and use of sub-standard material primarily caused extensive damage. But who will bell the cat as the mix hot plants were all belongs to influential persons with political backgrounds, said an officer PWD, preferring anonymity.

Several citizens complain that the administration has failed to take steps to carry out measures to make the roads safe for pedestrians and motorists. In some places, the authorities have taken up patchwork. But, the improper and sub-standard patchwork which is going on in careless manner has added to the woes of the commuters.

“How do we ride cars or two-wheelers if we encounter deep potholes every 10 to 20 meters? We need to negotiate very carefully. Poor roads not only have become cause of frequent accidents but also increase the wear and tear of vehicles,” says Suraj Jamwal.

On routine basis, the higher ups from administration on daily basis keep moving from these bumpy roads in city but still not ready to initiate appropriate repairing and holding inquiry to fix responsibility for use of sub standard material for blacktopping of roads.