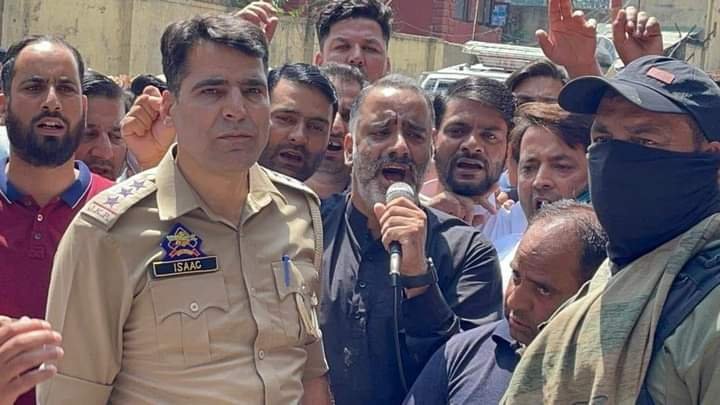 SRINAGAR: Vehemently denouncing move of government to ban “forceful” donations across all the shrines in J&K UT, the Youth National Conference on Saturday warns government of interfering in religious and spiritual beliefs of people.

The protest march took off from party headquarters Nawa e Subah and was intercepted by police when the protestors started moving towards Lal Chowk.

He further said that undue meddling into our centres of faith and spirituality is unacceptable. “We can’t tolerate it. These shrines are confined to propagating religion and providing guidance to devotees. They did not exist for making money. The government’s interference in religious matters is akin to putting one’s hand in a fire. People will oppose it tooth and nail”, he said

Lambasting the action of, Sagar said that the move is prejudiced towards the spiritual and religious practices of people. “It tarnished every caretaker at our revered shrines with the same brush and shows our sufi traditions in bad light. The government should apologise to people for denigrating their spiritual beliefs,” he said.