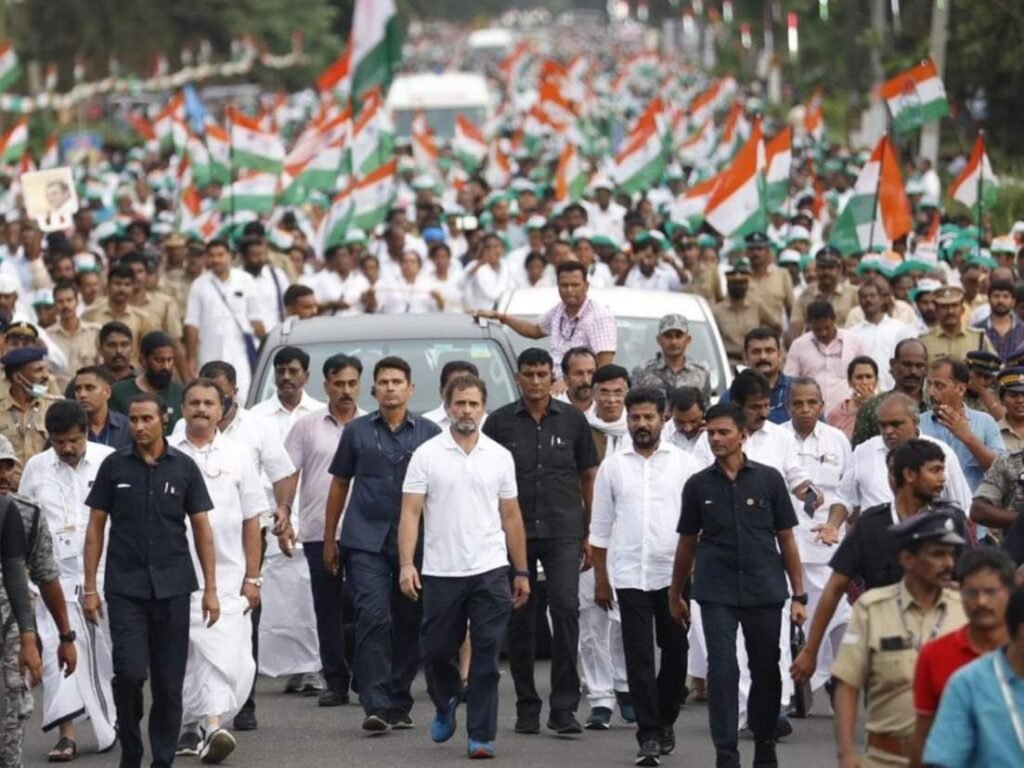 NAGPUR : Launching scathing attack against BJP in a suave manner, Rahul Gandhi on arrival of his countrywide Bharat Jhodo Yatra at Nanded in Maharashtra said the he started yatra because majority of media in the country failed to project genuine concern raised by us.

He said the Yatra — Kanyakumari to Kashmir — is also necessitated as a large part of the mainstream media does not cover the Congress’s initiatives.

Demonstrating the switching his microphone off and on, Rahul Gandhi also demonstrate of what allegedly happens in Parliament when Opposition leaders speak on issues that the BJP government finds uncomfortable. “See what they do. Whenever we speak on the note ban (of 2016), mic off — like this,” he said, going inaudible for bit at a public event. Smiling, he switched the mic back on, saying “Here, I have the controls. But in Parliament House the mic is switched off just like that. We keep wondering what happened.”

“China’s army has come in, occupied 2,000 square kilometres — mic off,” he alleged. “No matter what we are saying, no one will be able to hear it, see it — mic off,” he further said in a video tweeted by the party’s social media head, Supriya Shrinate.

As the crowd mentioned central agency ED’s alleged misuse against Opposition leaders, he further said, “We are not scared of this ED, shee-dee.” The Congress has over the years alleged that since the BJP won in 2014 and PM Narendra Modi too office, Opposition’s voice is “stifled” inside and outside Parliament.

The BJP has been saying such allegations are “excuses” as the Opposition “has been rejected and has nothing to say”. Rahul Gandhi’s comments came on the fourth day of the Maharashtra leg of his Yatra in Nanded district.

Two days ago, on the sixth anniversary of the demonetisation of high-value notes in 2016, he accused PM Modi of “unleashing an economic tsunami” with the move. The Bharat Jodo Yatra, a mass contact initiative of the Congress that began over two months ago, will cover 3,750 km before concluding in Srinagar in early 2023.

At a meeting in Nanded on Wednesday night, Mr Gandhi said projects like the Tata-Airbus military aircraft venture and Vendanta-Foxconn semiconductor plant were “taken away from Maharashtra and given to Gujarat because of the assembly elections in that state”.

“These projects will be given to two-three industrialists who are the prime minister’s friends and the country’s wealth is accumulating in their hands. Ports, infrastructure, telecom, agriculture sectors have been given to these people,” he alleged.