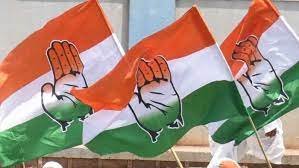 NEW DELHI: In an apparent move to expose government over issue of indomitable inflation, the Congress will hold press conferences at 22 places across the country on Monday. The conferences come ahead of the ‘Mehangai Par Halla Bol’ rally against inflation here Sept 4.

Citing party sources, the news portal IBNS in its reports said that the aim behind series of conferences is to create public awareness about rampant price rise under the incumbent government.