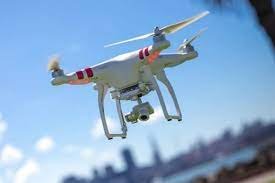 SAMBA : The police claimed to have seized a package dropped by drone from Pakistan on Thursday in the field near Chhani Manhasan in the Vijaypur area

On getting information about the suspicious package, the local police alongwith along with the special operations group seized one package and upon inspection, recovered arms and ammunition along with a wad of cash from the package which was dropped by a Pakistani drone from across the border.