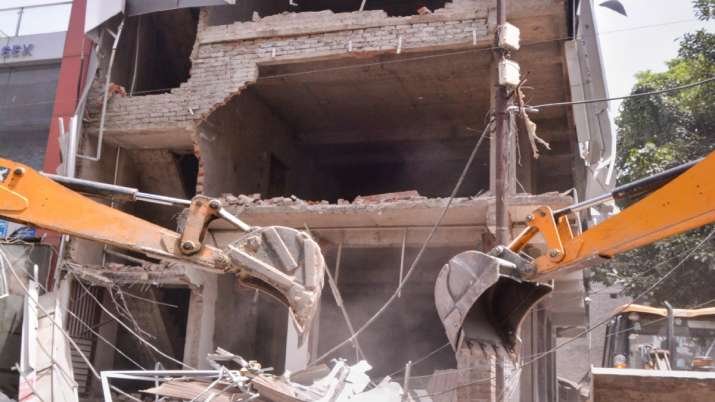 Share
WhatsApp Facebook
NEW DELHI: The Uttar Pradesh government has told the Supreme Court that a plea filed by Jamiat Ulama-I-Hind against the recent demolitions of houses of certain individuals, has “attempted to give a mala fide colour to lawful action taken by the local development authority.
With regard to demolitions in Kanpur, the written response said, the factum of the constructions being illegal, has also been admitted by the two builders over there. About demolition of a house occupied by one Javed Mohammed, the state government said the complaints were received from local residents about illegal constructions and use of it for commercial purposes of running the office of ‘Welfare Party of India’. This was “in contravention of norms; the people kept coming and going all times of the day and night and park their vehicles on road, creating a constant problem in the commuting,” the state said, also giving dates of prior notices issued in the matter before the demolition on June 12.
Share. WhatsApp Facebook Twitter Pinterest LinkedIn Tumblr Email
JK Global News