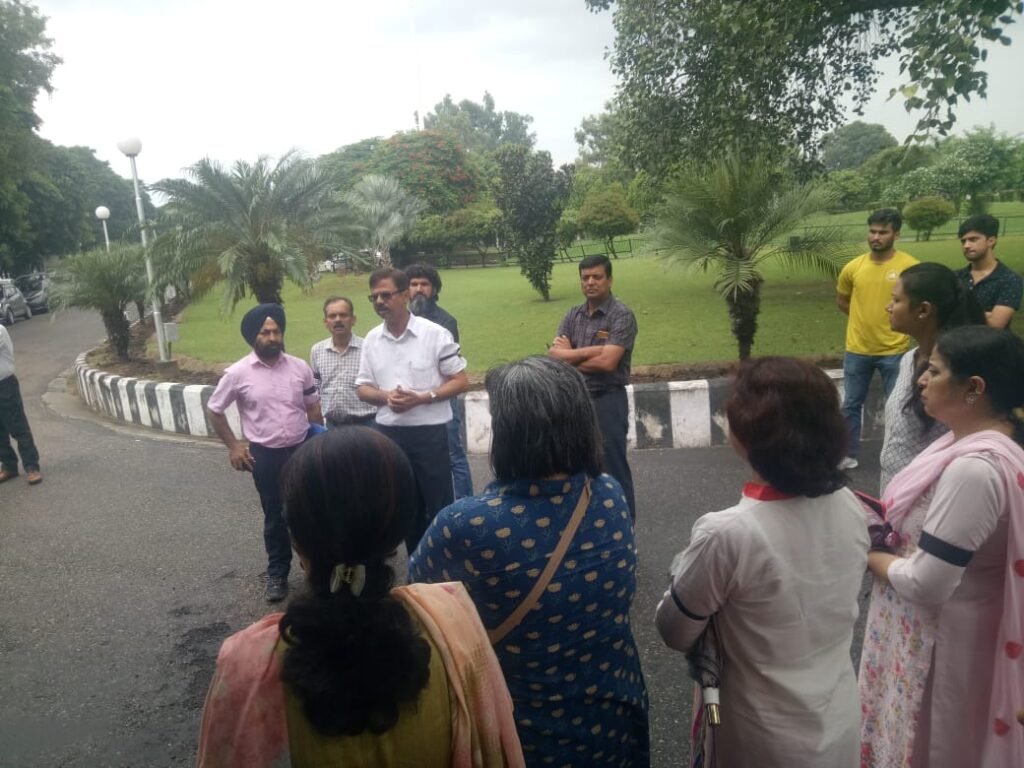 JAMMU: The ongoing pen down strike of Jammu University Teachers Association to seek CBI probe into mysterious death of Prof. Chandra Shekhar has seemingly run into rough weather as per disturbing signals emanating from the campus.

As per the account narrated by a group of teachers sitting on Dharna on the campus, the JUTA office bearers on their own today landed in the office of VC, Prof. Umesh Rai for a close door meeting without the knowledge of other stake holders.

Coming out of the meeting which has already raised eyebrows, the JUTA President Pankaj Srivastava clearly hinted at winding up the ongoing agitation without taking to its logical end, rued a Professor.

It looks very strange that JUTA office bearers are speaking the language of the administration and it is attributed that it is a sell out, alleged a lady Professor of Zoology wishing not to be quoted.

Facing wrath of the teaching fraternity, the JUTA President alongwith his close confidants half heartedly announced to stick to already chalked out course of action as a face saver.

It is pertinent to mention that JK Global News had already forecasted that a bunch of paid “journalists”, student leaders and some members of JUTA shall be playing into hands of the administration to scuttle the agitation for their ulterior motives.

Reliable sources in JU administration said “On demands of JUTA, the VC is caught between devil and deep sea as the formal approval for suspending the deceased teacher was allegedly okayed by him”.

Meanwhile, the ABVP also came under criticism in the ongoing agitation on JU campus. “In case of SMVDU, the ABVP has taken a different stance whereas in case of JU, the ABVP is taking an entirely different posture, alleged a professor of JU wishing anonymity.

Commenting on the ongoing agitation of JUTA, Prof. S.K.Bhalla said ” From day one the modus operandi of JUTA has been suspect. In case this agitation fizzles out in midway the JUTA will lose its credibility for ever.”

The JUTA President is playing into the hands of administration and doing much disservice to teaching fraternity in general and deceased Shekhar in particular, added Prof. Bhalla.