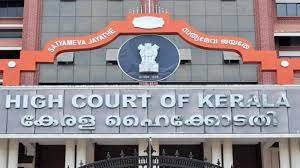 THIRUVANANTHAPURAM : The Kerala High Court ruled that a marriage between Muslims under personal law cannot be excluded from the Protection Of Children from Sexual Offences (POCSO) Act.

Justice Bechu Kurain Thomas said if one of the partners in the marriage is a minor, offences under POCSO Act will apply. The validity of the marriage would not be considered in such cases.

Justice Thomas said, “With respect to the learned Judges, I am unable to agree to the proposition laid down in those decisions that an offence under the POCSO Act will not get attracted against a Muslim marrying a minor.”

The court was hearing a bail plea moved by a 31-year-old Muslim man accused of kidnapping and raping a minor. He claimed to have gotten married to the minor as per Muslim personal law in March 2021. Thiruvalla Police Station booked the accused under sections 366, 376(2) (m) and 376(3) of the Indian Penal Code and under sections 5(j)((ii), 5(i) and section 6 of the POCSO Act.

The FIR in the matter was registered based on intimation received by a doctor of a health care centre where the victim had gone for a checkup for her pregnancy. The accused allegedly abducted the minor from West Bengal and “committed repeated penetrative sexual assaults during the period before 31.08.2022, due to which the victim became pregnant and thereby, the accused committed the alleged offences.”

The accused’s counsel argued that as Muslim personal law allows the marriage of girls below the age of 18, he cannot be prosecuted for rape of provisions under the POCSO Act. On the contrary, the state argued POCSO Act would override personal law.

Justice Thomas said, though, as per The Muslim Personal Law (Shariat) Application Act, 1937, all questions related to marriage would be divided as per the Muslim Personal Law (Shariat) after the Prohibition of Child Marriage Act, 2006 came to force, “It is questionable whether the said personal law will prevail over the special statute relating to marriages. Under section 3 of the said Act, a child marriage shall be voidable at the option of the contracting party, who is a child. But section 12 makes a child marriage void in certain circumstances.”

The court further added that Section 42A of the POCSO act categorically says that if there are inconsistencies with provisions of any other law, the POCSO Act will override other laws.