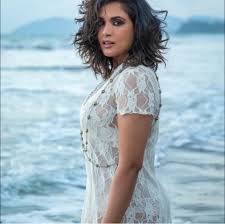 NAGPUR : Bollywood actor Richa Chadha has come under severe criticism for posting a tweet on the 2020 Galwan clash, in which several Indian Army soldiers died. As per news agencies, on Wednesday, Richa had reacted to Northern Army Commander Lt General Upendra Dwivedi`s statement that the Indian Army is ready to execute orders like taking back Pakistan-occupied Kashmir (PoK).

Sharing a post on the statement, Richa took to her Twitter handle and wrote, “Galwan says hi.” The actress deleted the post, but till then, the damage was done.

As soon as she tweeted this, all hell broke loose on social media and people started to slam her for allegedly insulting the army by talking about the 2020 clash between India and China.One user wrote, “Mocking the sacrifice of our soldiers at Galwan valley. Shameful & disgraceful.”Another user shared, “`Galwan says hi` writes Richa Chadha in response to a statement by a commanding officer on POK. Disrespecting those who gave their lives for India. Mocking the Indian army. She proves once again there is no limit to how low this industry can sink.