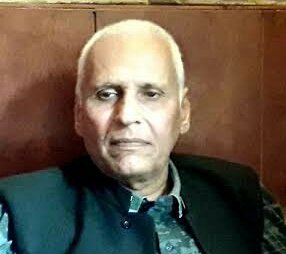 As per a vernacular daily Roshni scamsters shall now be handled by Enforcement Directorate (ED). Both ACB and CBI worked wonders and now it is the turn of ED. A Special Task Force has been set up and some say an FIR registered too. It is the same old story and the same old actors and actresses. CBI Jammu is proceeding at a snail’s pace as it is his masters voice (HMV). Repeatedly we are being told bureaucrats, politicians and businessmen are to be accounted for their unaccounted properties. Don’t rule out the possibility of attachment of properties where illegal constructions have been raised.

For the last 02-day I am reading the name of Farooq Abdullah as if he is the only culprit in the matter. This scam and the consequent action of the investigating agencies smacks more of politics and hardly much sincerity. A name of a private individual in Jammu’s Gandhi Nagar has been reported but we cannot write his name. He is our dear Bansi Lal, the most honest businessman.

People are being told that some IAS officers are also involved but still many are enjoying prime postings and some have managed posting beyond the borders of Lakhanpur. Let the authorities not befool the people in general and Team CVC is particular.
It is my firm conviction that no one of the BJP may be touched. Some Gujjar leaders may also be spared. Even some blue eyed IAS officers shall escape the dragnet of law. As usual it shall be selective firing if it happens.
A few media houses who too are involved in this huge scam and also raised constructions may not be touched as they have their connectivity in the corridors of power. This is not something new which I am writing. In our country personal preferences are more important than the rule of law.

Since the elections are round the corner some have to be tightened and demonized. Those who are not toeing the line of nationalist BJP must be made to lick the dust. The ruling party at the centre has to resort to all the means to grab power in J&K. The picture is almost clear as in the coming days some concessions may also be doled out. The common man in the street is fed up with these news stories and our local media persons love to write table news as they don’t have the capacities and talent to visit the field.

Everybody knows that this scam would not have exploded had a few would not have knocked the doors of the judiciary. Forget about taking the credit as most of us are a discredited lot.

(Disclaimer : The contents of the article are personal opinion of the writer and the website don’t own any responsibility for any legal dispute or other implications.)