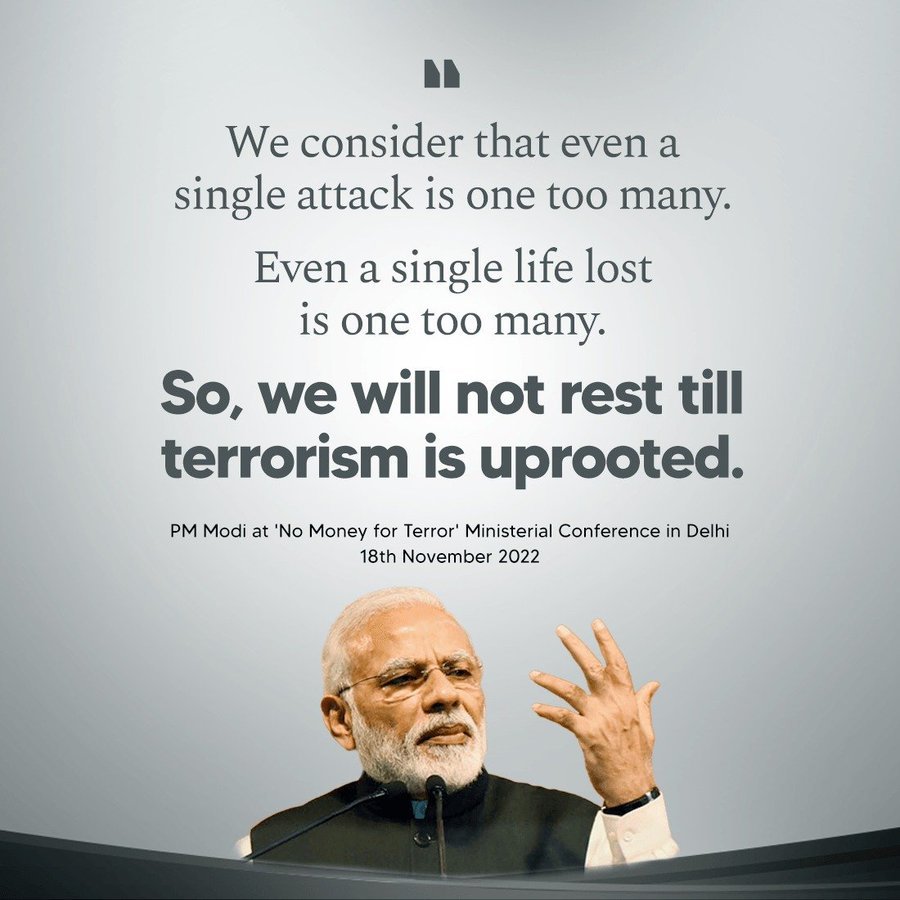 NEW DELHI : Emphasizing that the world needs to unite against all kinds of covert and overt backing of terrorism, the Prime Minister Narendra Modi has urged the heads of various nations to penalize countries which support terrorism as part of their foreign policy.

He said this while addressing the third No Money for Terror Ministerial Conference on Counter-Terrorism Financing in New Delhi today. He stressed that there must be a cost imposed on countries that support terrorism.

On terror financing, the Prime Minister said it is well known that terrorist groups get money through several sources and one source is state support. Saying that the intensity of the reaction to different attacks cannot vary based on where it happens, he highlighted that all terrorist attacks deserve equal outrage and action.

He called for uniform, unified and zero-tolerance approach to defeat terrorism and said joint operations, intelligence coordination and extradition help the fight against terror.

The Prime Minister also said action against organised crime extremely important in fight against terrorism. Mr. Modi added that it is important that the countries jointly address the problem of radicalisation and extremism and anyone who supports radicalisation should have no place in any country.

The Prime Minister said, it is significant that this conference is happening in India. The country faced the horror of terror over decades and lost thousand of lives due to terror attack but the country fought bravely. He said, dynamics of terrorism is changing as rapidly evolving technology present challenges as well as solution to deal with menace of terrorism.

The two-day conference will offer a unique platform for participating nations and organizations to deliberate on effectiveness of the international regime on Counter-Terrorism Financing. It will enhance the global cooperation to restrict the sources of terror financing.

Over 70 countries and 450 delegates are participating in the conference including Ministers, Heads of Multilateral organisations and Financial Action Task Force  Heads of Delegations.