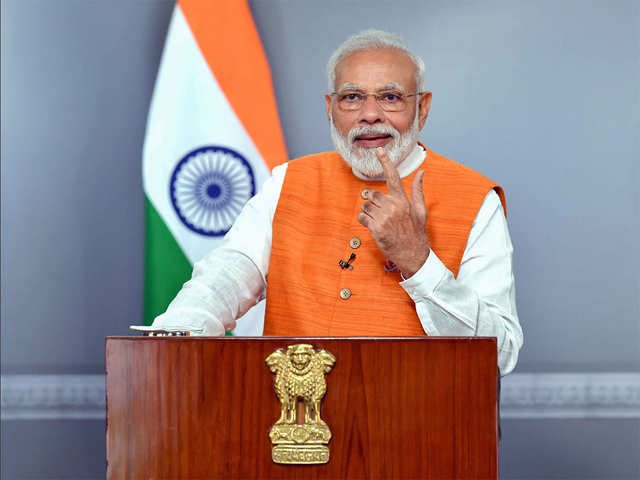 While referring to PM Modi’s earlier remarks to Russian President Vladimir Putin, French France’s Macron was the first one to praise India, said Mr Modi, was right about the time being not right for war.

UN chief Guterres, in his message to a special ‘India@75′ event, underlined that as home to the largest youth generation in history, India will be decisive in the success of the Sustainable Development Goals (SDGs). Russian Foreign Minister Sergey Lavrov “explicitly’ backed India for a permanent seat. Addressing the UNGA session, Russian FM Sergey Lavrov said that the country sees India as a key international actor and a worthy candidate for permanent membership within the Council.

Another high-level delegate to praise India was Jamaica Foreign Minister Kamina J Smith, who expressed gratitude towards India for its assistance during the COVID-19 pandemic. Smith said that Kingston is grateful to Prime Minister Narendra Modi-led Indian government, and its people for the vaccines during the pandemic.

Guyana Foreign Minister Hugh Hilton Todd also hailed India in UNGA. He said, small countries like Guyana would have benefitted immensely from India’s growth trajectory as it has always been an economy that focuses on human development, putting humans ahead of any other form of development.

Portuguese Prime Minister Antonio Costa called for UNSC reform that should include representation of India, Brazil, and Africa continent at the UN Security Council. Addressing the General Assembly, Costa advocated for a Security Council that incorporates a comprehensive view of security and gives fair representation to small countries. At the UN General Assembly, Bhutan and Nepal expressed gratitude to India for supplying COVID-19 vaccines under ‘Vaccine Maitri’ initiative.