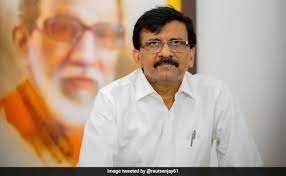 MUMBAI: Amid the ongoing political crisis in Maharashtra, Shiv Sena leader Sanjay Raut claimed that he had an hour long conversation with the rebel Eknath Shinde on phone this morning. Meanwhile, Maharashtra Chief Minister Uddhav Thackeray has called a meeting of his cabinet today.

Calling Eknath Shinde a friend and an old member of the party, Raut said, “We have worked together for decades. It is neither easy for him nor for us to leave each other. I had a conversation with him for an hour this morning and the party chief was intimated about it.”

“Talks are underway with MLAs who are with Eknath Shinde, everybody will stay in Shiv Sena. Our party is a fighter, we’ll struggle consistently, atmost we might lose power but we’ll continue to fight,” Raut added. When asked about’s Shinde demand, he replied, “There have been no demands from Eknath Shinde, he has not laid down any conditions.”

A senior Shiv Sena leader has claimed that party’s rebel leader Eknath Shinde on Monday urged Chief Minister Uddhav Thackeray to re-align with the Bharatiya Janata Party. Meanwhile, MLAs kept in a hotel in Surat, Gujarat have been sent to Assam by a special flight. Let us tell you that there is a BJP government in Assam.