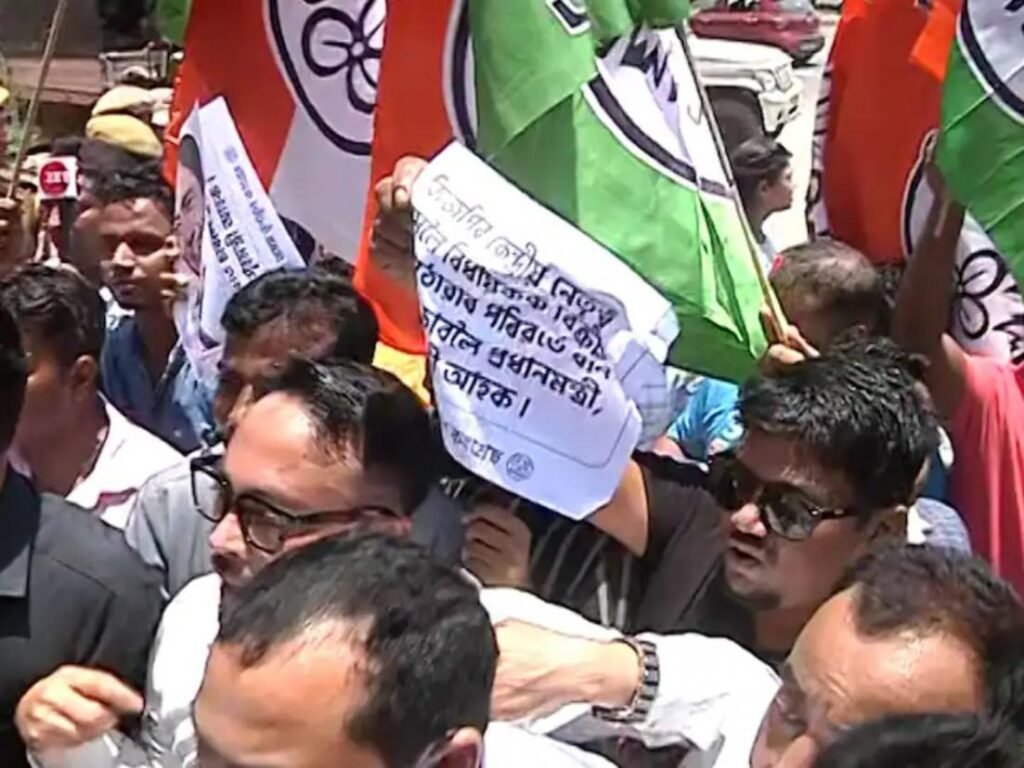 The workers were protesting against CM Himanta Biswa Sharma for ignoring the plight of citizens in the flood-hit state and focusing on toppling the Maharashtra government. Party’s state president Ripun Bora, who was leading the protest, said, “When Assam is grappling with serious flood, BJP is sheltering the MLAs from other states. They are trying to kill democracy and divert attention from real issues.” Bora was dragged into a vehicle and taken to Azara police station, situated about 10 km away from Radisson Blu.