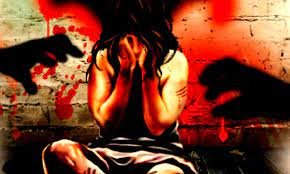 LUCKNOW: Two sisters have been found raped, murdered and hanging from a tree in the latest incident of sexual violence against dalit women in Lakhimpur district of Uttar Pradesh.

The bodies of the girls, aged 15 and 17, were found suspended from a tree by their shawls near their home in Lakhimpur district on Wednesday afternoon. They belonged to the Dalit caste, the lowest in India’s hierarchical and discriminatory Hindu caste system, which used to deem Dalits as “untouchables”.

Police said the postmortem examination confirmed both sisters were raped after being dragged into a sugarcane field and then strangled to death, before being hanged from the tree to make their deaths look like suicide.

Six men, including a neighbour of the family, have been arrested and charged with crimes including rape, murder and helping to abet and cover up the murder.

“The girls were raped in the fields. When they insisted that the men marry them, the men strangled them with their dupattas [shawls],” the district police chief, Sanjeev Suman, told reporters.

According to the police, the men, who were all from the same village, had been known to the girls and the pair had gone with them willingly on Wednesday afternoon.

The mother of the two girls disputed this account and said two of the men had turned up at the house on Wednesday afternoon and forcibly taken away her daughters on scooters. “I tried to stop them and ran behind them, but they beat me up and left. I shouted and ran back to seek help from the villagers,” she told local media. The incident triggered local protests and criticism of the ruling government of Uttar Pradesh.