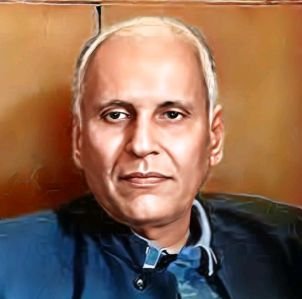 Ever since the pronouncement of a landmark judgment in Roshni Scam, the Bhartiya Janta Party as well as local ‘toofani patarkars’ of Godi media are in unison burning midnight oil to name and shame only those encroachers who belong to opponent camp. This at first instance exposes the stand of the so called nationalist media of Jammu and Kashmir which has a track record of concealing more and revealing less to justify their own illegalities. This is a disgusting prevailing state of affairs in local media and out rightly raises a serious question mark on their credibility.
Right from the Lakahnpur upto the boundaries of Jammu division, there are reports that many influential belonging to even minority community and allegedly connected with BJP are in possession of huge chunks of prime state land worth several crores of rupees. Since, they are claiming to be the only nationalist to the core so no action can be taken against them. As per reliable Revenue department sources, these encroachers are proxies of influential persons allegedly affiliated with BJP.

To date no one in media named and shamed the influential BJP leader of Basohli who is said to be in possession of huge chunks of state land. Similarly, a former BJP minister is allegedly doing illegal mining on encroached state land which is earmarked for construction of Government Degree College, Ramgarh. Even, the name of a former MLA from Jammu city is also doing the rounds for encroachment of state land in Billawar.

By the way, what is the ‘hungama’ about one former Deputy Chief Minister and senior BJP leader Kavinder Gupta who is the darling of even national media? Why no one talks about one former BJP MP who is allegedly engaged in illegal sale of plots on encroached JDA land in Ploura. Even one former BJP MLA is nowhere in picture for encroachment and subsequent sale of state/forest and JDA land in Bhawani Nagar, Janipur. Not only this, even the name of a former minister of congress who is now currently in the category of a turncoat is deliberately being suppressed by the local media for allegedly encroaching 2000 kanals of state land in Chowdharywala in Akhnoor.

The list is endless but whosoever joins the BJP his /her earthly sins are washed out in ‘bajhpa’ washing machine and it would not to be out of place to record that ‘Ram teri ganga meli hou gayi, papiyoun kei paap dhoudtei dhoutei’ .To conclude let an impartial anti encroachment drive be undertaken by the current dispensation to restore public confidence which has taken a worst beating to an unimaginable extent in independent India. Last but not least, the public should not fall prey to the biased data reflected by local godi media pertaining to the encroachers.