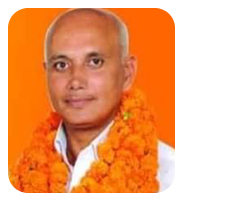 JAMMU: Jammu city these days is reverberating with the slogan “Shaandar Jammu, Imaandar Jammu” and with the change of guard at Jammu Municipal Corporation (JMC) at the fag end of Council’s tenure, the new Mayor Rajinder Sharma is all out to uproot the canker of corruption from the holy precincts of ailing JMC.

To realise his agenda of cleansing graft culture, the mayor is terribly busy in roping the society in general and youth in particular to catch the bull of corruption by the horns and an elaborate Anti-corruption Yatra in the city of temples is in the offing on Dec 9th.

However, branding the move of new mayor as a move which apparantly appears to be good some highly disturbing reports are emanating which paint the mayor’s intentions in none too rainbow colors.

Insiders in the JMC revealed that the mayor was informed about backdoor elevation of 10 SKCs as Supervisor by resorting to underhand means. But to date none has been made accountable for the administrative blunder which warrants enquiry by officer of impeccable integrity.

“Ten SKCs were adjusted as Supervisors by Health Officer Dr.Vinod Sharma. There are reports that each of these SKCs paid Rs 2 lakh each through one middleman who claims to be union leader”, alleged one sanitation official.

Ironically, when the Joint Commissioner (Sanitation) Kulbhushan Khajuria was apprised of the murky details, he first said “No orders were issued by him pertaining to elevation of SKCs as supervisor and assured of action pertaining to their adjustment on verbal orders which have no legal sanctity. But later, when asked for update on the matter, he said ” Contact HO Dr Vinod, I have spoken to him”.

The main mandate of JMC is to ensure proper sanitation of the entire city coupled with maintenance of lanes, drains and keeping city roads free from encroachments.

Disturbingly, all these wings of JMC are in ICU and are notorious for corruption and befooling the citizens of Jammu.

Giving details sources in JMC works department alleged “There is flood of re-construction of lanes and drains worth several crores in almost all wards of JMC but sadly, the ground situation is grim as the executed works are poor in quality which fails to get the attention of concerned officers”

Entire Jammu city has been turned into Kachra workshop by ever swelling Rehriwalas with the blessings of Revenue and Sanitation wing of JMC.

“There are nearly 3500 licensed Rehris and rest all numbering 10 K are allowed to operate illegally and create traffic nuisance on the road, rued a senior officer of Traffic Police, preferring anonymity.

Even the much touted claims of Swach Bharat Abhiyan are not available on the ground as there is large scale corruption prevailing among rank and file of sanitation wing where only lip service is available.

Situation is also worrisome on the functioning of BOCA authority in JMC. For the last three years several illegal commercial structures were sealed in Gandhi Nagar, Shastri Nagar, Nanak Nagar, Bhathindi and Channi Himmat but recently many of them suddenly de-sealed in contravention of JMC byelaws and no action was initiated against them despite the matter brought into the notice of JMC higher ups.

Commenting on the prevailing mess in JMC noted anti corruption crusader Prof SK Bhalla said “The tall claims of mayor have no takers as he is more interested in conducting marathon meetings and press conferences for media glare”.

The citizens are facing problems on account of deplorable sanitation and encroachments on roads as well as other related affairs under the JMC’s jurisdiction and these vexed issues can be solved by sound administrative intervention instead of ongoing tamaasha, said Prof Bhalla, adding that there are alleged reports that several honourable councillors of JMC are indulging in corrupt practices by engaging their vehicles with JMC’s transport wing on rent basis through their proxies.

Not only this, even a handful of councillors have also roped in their kith and kin besides close confidants as contractors to execute construction of lanes and drains compromising the quality work, alleged Prof Bhalla.